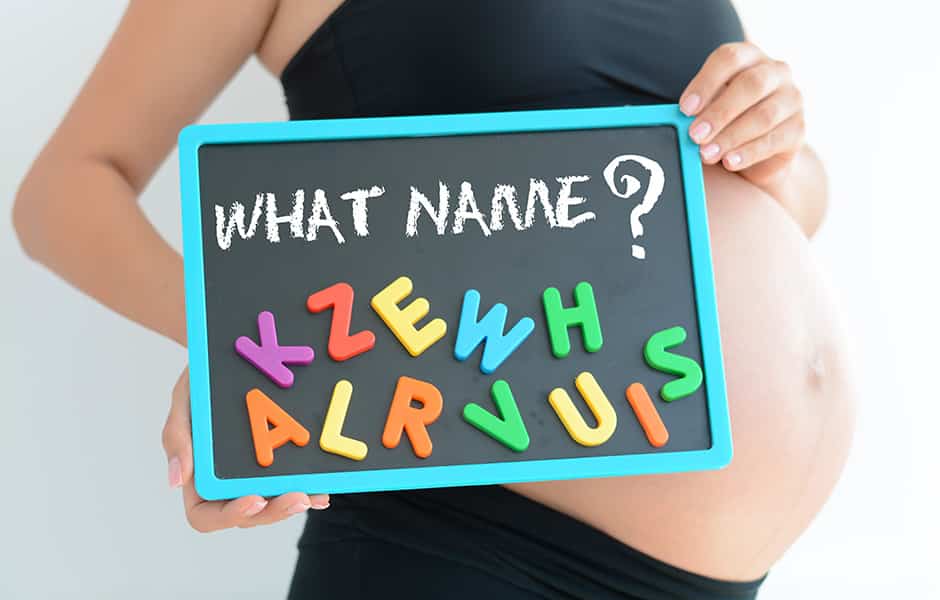 Picking what you would like to name your child for the rest of their life is no easy task! A name is a defining part of your identity and generally it’s something that sticks with you your whole life. Names create expectations and judgments.

We understand that it can be an overwhelming process so we have put together a few things you should be considering when naming your child:

While Khaleesi may be hugely popular at the moment due to Game of Thrones what will it mean in 15 – 20 years when your child is entering the adult world? Another thing you need to consider when naming your child after a character is that while that character may be beloved this can change as they are fictional!

This was recently demonstrated with the name Atticus. Atticus has recently gone through another spurge in popularity – with many being named after Harper Lee’s character in the famous novel ‘To Kill a Mockingbird.’ However, in the recent release of ‘Go Set a Watchman’ Atticus was revealed to be a racist. This left a number of people recoiling with one couple even going to the effort of renaming their 14-month-old son! Lesson: Choose wisely.

Understandably it can be hard to know if there is going to be a big surge in the name you choose, but popularity can be a nuisance. I’m speaking from experience here. I was born in 1986 and I’m named Jessica – the number one girls name for that year. This has meant all through my school years I had not one, not two, generally not even three people in my year level with that same name! In fact, I think there may have been around 20 – 30 of us in my year level at High School. It was frustrating! So, how do you avoid naming your baby the latest trending name?

Sites like Baby Name Wizard can help. You simply type in the name you are considering and it will shoot out some stats.

While you may think a cute and quirky spelling of a common name sets your child apart from the rest think about the impact it will have on the rest of their life. Do you want them to have to spell their name every time? That would get pretty annoying after awhile! There is also the chance that they may get picked on for being different. So before you name your bub Emahlie, maybe consider if the original spelling of Emily is really that bad.

Think of your Child

You may be a unique, quirky person and that’s fantastic, but it is never okay to call your child Awesome as one recent couple did. I mean seriously, awesome?

While you may have the best intentions think about your child’s future. I’m speaking from experience. I went to school with a girl called Precious. Yep, you heard me correct. As you can imagine her name came with a lot of schoolyard taunts and mockery. Who wants to expose their child to that unnecessarily?

Naming your child should be a fun and enjoyable experience for all parents – choose wisely and with your babies future in mind.