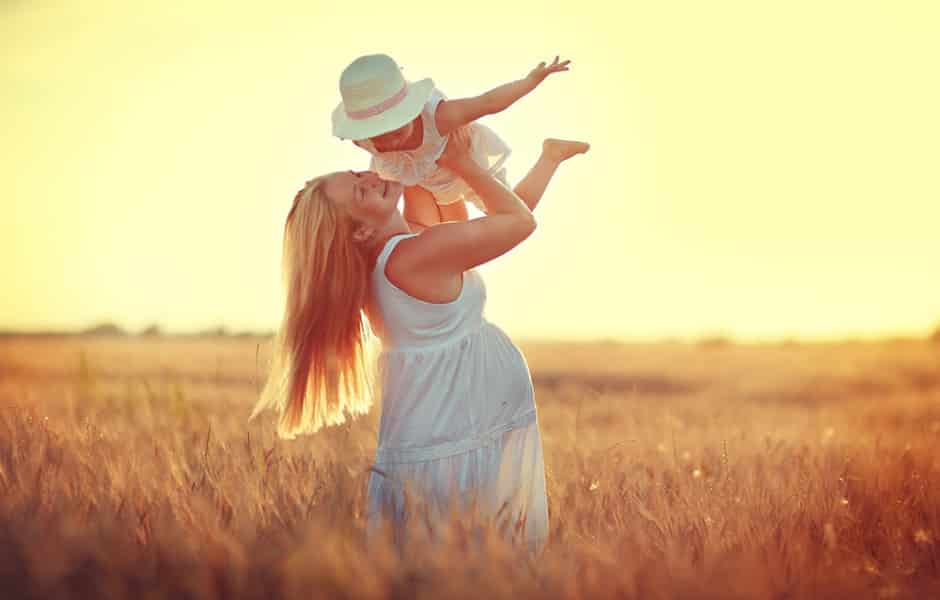 Ultrasound in pregnancy (also known as ‘sonograms’ or ‘scans’) can be performed for a variety of reasons. Medical ultrasounds in pregnancy work on the same principle as sonar (used in oceanography to map the sea bed). The technician uses a hand-held ultrasound probe (or ‘transducer’) to generate and receive high frequency sound waves that cannot be heard by the human ear.

Hundreds of sound waves are emitted from the transducer during each scan. These waves are absorbed and bounced back from human tissues, bones and body fluids (all with different densities) to create black and white ultrasound images that look similar to a photographic negative, with black areas indicating liquid mediums (such as amniotic fluid) and grey or white areas indicating denser materials such as tissues and bones.

The sound frequency of ultrasound is measured in megahertz (or MHz). Frequencies used for pregnancy ultrasounds can range from 1.6 to 10 MHz, but are more commonly between 3 and 7.5 MHz.

Generally the lower the frequency, the further (or deeper) the sound waves can penetrate the body’s tissues. Ultrasound waves that create images for visual examination are intermittently ‘pulsed’ to reduce the heating of the body’s tissues (unlike continuous ultrasound therapies that may be used to treat injured muscles and tissues). ‘Diagnostic ultrasounds’ (that create images) tend to require lower intensities than Doppler ultrasound, used to assess blood flow through the cord and placenta and to listen to the baby’s heartbeat.

Ultrasound does not use radiation (like x-rays) and is seen by many caregivers as a non-invasive way to view the unborn baby, uterus and placenta during pregnancy.

The physical effects and research into the safety of ultrasounds are looked at in Ultrasounds in pregnancy are performed by a qualified Sonographer (technologist) or a Sonologist (specialist doctor). In a hospital environment usually the Sonographer performs the examination and the Sonologist in charge of the department interprets the images and writes up the final report.

Types of ultrasounds in Pregnancy

There are many different ways ultrasound in pregnancy, for various reasons. We perform the following:

Listening to the baby’s heartbeat

Ultrasound technology is often used to listen to an unborn baby’s heartbeat (after 12 weeks of pregnancy). Caregivers can use a hand-held portable doppler (or ‘sonocaid’) that emits sound waves of about 2 MHz of frequency to detect changes in blood flow through the baby’s heart to produce an audible sound. CTG monitors also use ultrasound to continuously record the baby’s heart rate during pregnancy and labour.

3D and 4D Ultrasounds in Pregnancy

Most ultrasounds are conventional 2D (or two-dimensional) images. 2D ultrasound images are made up of a series of thin image ‘slices’, with only one slice being visible at any one time to create a ‘flat’ looking picture.

During the late 1990’s, 3D or ‘three-dimensional’ ultrasounds (also known as ‘ultrasound holographs’) started to become available in some ultrasound centers. However, 3D ultrasound machines are extremely expensive and are not widely accessible at this stage.

3D ultrasounds work by taking thousands of images ‘slices’ in a series (called a ‘volume of echoes’). The volumes are then digitally stored and shaded to produce 3 dimensional images of the baby that look more life-like. 4D (or ‘four-dimensional’ images) just means the images can be seen to move in ‘real time’ so the activity of the baby can be studied.

From a medical perspective, 3D/4D ultrasounds are not essential and generally, all the information your caregiver needs can be obtained through a conventional 2D ultrasound. However, the claimed benefits for using 3D/4D machines can include:

Seeing some parts of the baby more clearly and at any angle. For example, better visualising abnormalities such as a heart defect, cleft lip or neural tube defects such as spina bifida. This may help make better plans for the baby’s treatments and care soon after birth. Sometimes an additional 3D ultrasound will be ordered to have a better look at an abnormality that may have been detected with a routine 2D ultrasound.